Roughly a month after our 2.7 release we’re happy to announce Gaphor 2.8.

Gaphor 2.7 added a Sphinx extension and better support for sequence diagrams. 2.8 adds a whole set of new features, starting with a welcome screen and a couple of project templates to bootstrap your models.

Here are some highlights.

To get your modeling started, Gaphor now provides a few templates:

The OMG gave us permission to use the official logos. Really cool! 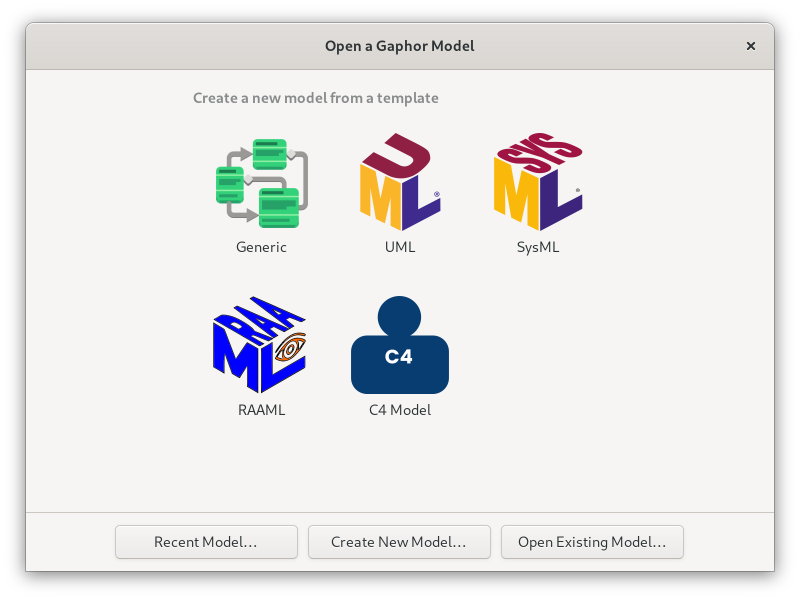 This is just a start. If you’re using a template you think would be useful to have available in Gaphor (and you think it will be equally useful to other users), please open a feature request.

Previously, Gaphor had only one generic diagram type. To provide you with a little more guidance (and because you asked for it), we introduced support for different diagram types. Each diagram type has a preferred set of tools in the toolbox, and when you open a diagram it will automatically collapse the less frequently used ones. For UML there is Class diagram, Sequence diagram, and Activity diagram types, to name a few. 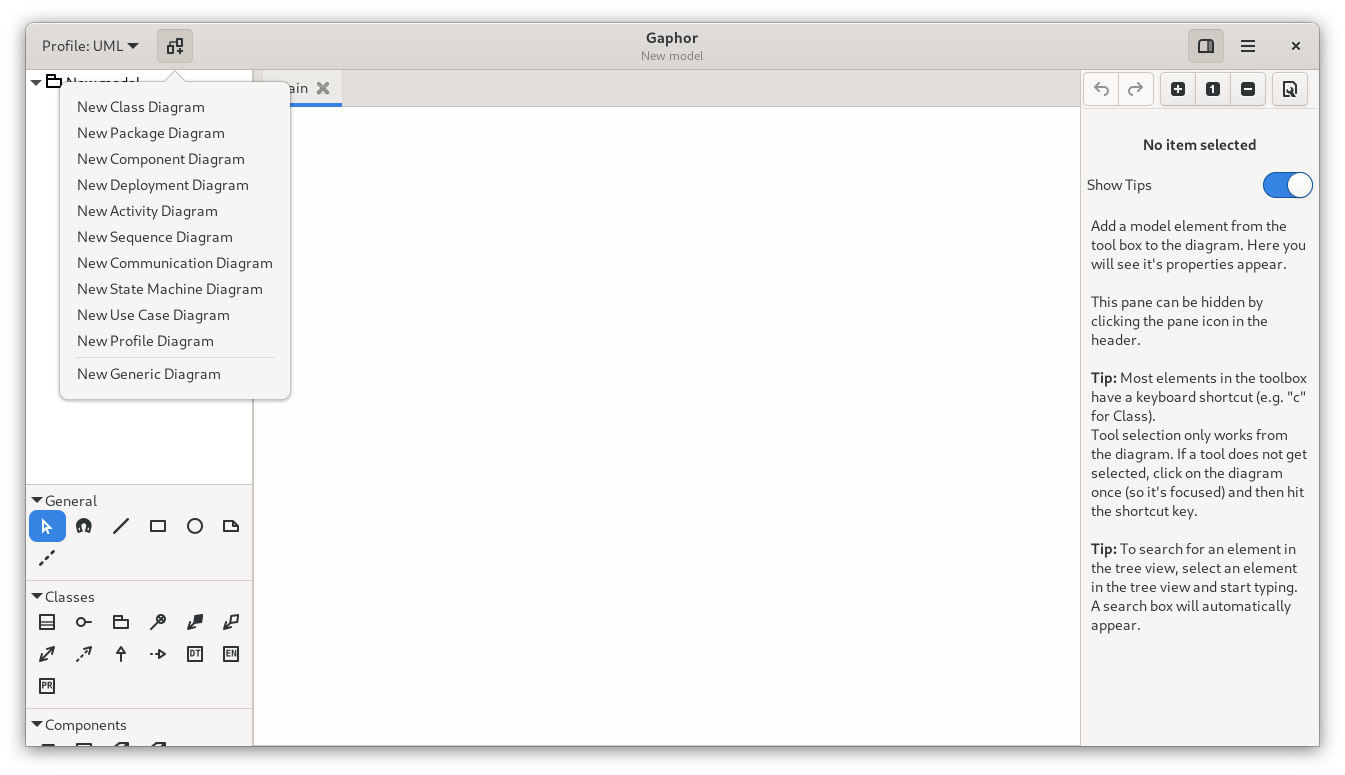 A new tool “magnet” has been introduced. It can be used as a, well, magnet, to push and pull the right or lower section of your diagram. This allows you to make a little room somewhere in the middle of your diagram, or close a gap in your diagram.

Previously, Gaphor always tried to keep the underlying model in sync with the contents of its diagrams. For Gaphor 2.8 we relaxed this requirement a little. It is now possible to keep model elements around even if they aren’t used on any diagram, by changing a setting in the preference section. The default setting is still to keep both in sync. This setting is on a per-model basis.

While we were busy we also improved the behavior when it comes to deleting diagrams. Instead of showing you a confirmation dialog, Gaphor will just do as you ask (remove the diagram). A notification is shown to make you aware elements have been removed from the model. This same message will also appear whenever something is implicitly removed from the model.

The Gaphor AppImage has been built against Ubuntu 18.04. This means that, unless your running a really ancient version of Linux, you should be able to run Gaphor from an AppImage.

For macOS users: Gaphor can now also be installed via Homebrew.

Many improvements have been made in model consistency. We rebuilt our code generator that creates the underlying data for models, made improvements to how Gaphor saves and loads models, and improved undo functionality.

For a full list, check the release on GitHub.

All in all this is a pretty good release. Although a lot of features have been added, the code has become more concise and clean. A sign that Gaphor is on the right track.

Many thanks to all who contributed!